Tesla Model X
In 2017 SUVs and crossovers once again whooped up on sedans and coupes, outselling them by a significant amount. This trending sales performance has not gone overlooked by the luxury brands and many have put their toes in the “big box” water and introduced their own version of SUV.  To be fair, some, like Range Rover, are not new to business. But for others, sporting a SUV in the lineup is jumping into unchartered waters.

So how do engineers whose biggest challenge was finding a way to squeeze another two positions in the 24-position power seat with heat, ventilation, wrapped in expensive dead animal skins respond to the task of building an SUV? What gets passed on and what do they come up with that’s new? Well, we are about to find out. If you like your luxury sitting high off the pavement, you can buy a top end Ford F-150 or one of the beauties we have listed here. 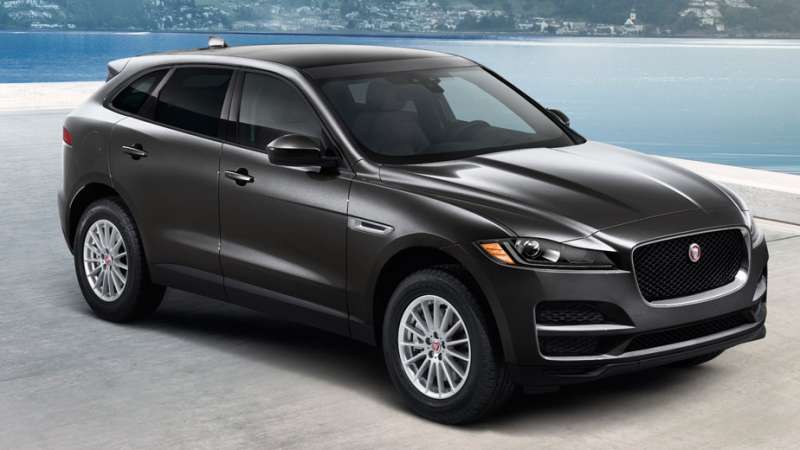 The F-Pace is Jaguar’s first crossover but it shouldn’t be a big surprise that the company has entered this class. Jaguar and Range Rover have the same owner. The easiest way for Jaguar to get into the hot crossover market would have been to take a Range Rover and slap a Jaguar badge on it like Rolls did with Bentley for so many years. But they didn’t. They built the F-Pace from the ground up and produced an agile, fun to drive ride that’s expensive, but definitely packs some value.

Jaguar doesn’t like to call the F-Pace a crossover. They like to think of it as a practical sports car that is also an everyday commuter. With three engine choices, including a supercharged, 380 hp V6, the F-Pace can live up to that “sports car” image with a zero to 60 time of 5.1 seconds. The interior is typical Jaguar luxury with plenty of soft-touch material, an 8” touchscreen, and plenty of leg and headroom. But this is a crossover. What’s the cargo capacity? With the seats up the backspace holds 33.5 cu ft and with the seats down the capacity of 63.5 cu ft. Toss in all-wheel drive, torque vectoring, and Adaptive Surface Response you get a Jag that is also capable of light off-road trailblazing. For those of you who appreciate the styling and performance-chops of BMW, the X-5 will not disappoint. Inside is the typical BMW combo of luxury/comfort with commodious seats, an 11” touchscreen (navigation is standard) seating for 5, (optional third row for kids and dogs but not adults), 35.8 cu ft of cargo space seats up and 76.7 cu ft seats down.

Power wise, most buyers will be satisfied with the standard 300 hp, 3.0L, V6. However, you have two other options including the 567 hp V8 that can get you to 60 mph in 4 seconds flat. If you are into “green” there is a hybrid model that pairs a four-cylinder engine with an electric motor, generating a combined 308 horsepower. The ride is fairly stiff unless you opt for Dynamic Damper Control suspension which is constantly tweaking the suspension for comfort and agility. The X-5 is a big, comfortable, powerful, family hauler aiming to grab a chunk of the luxury XUV market. 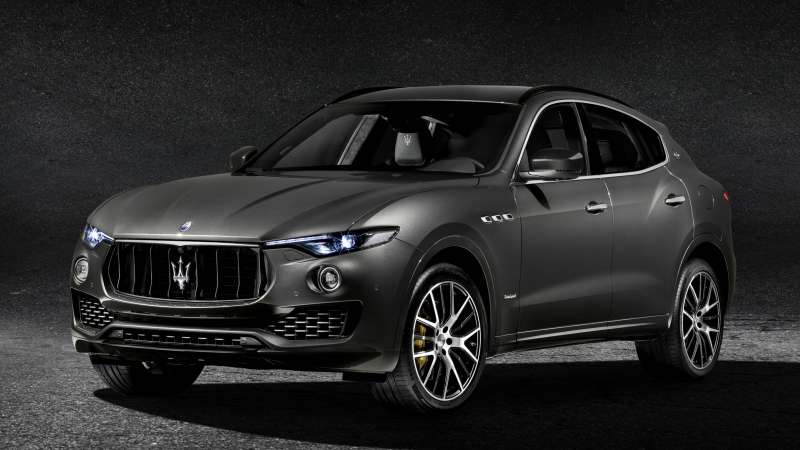 That’s right, the Trident badge is now on a midsize SUV, but it can’t shake off all of its sports car habits. This thing sounds like a Maserati and with the Ferrari built twin-turbocharged V6 tuned to 425 hp it can go zero to 60 in 5 seconds flat. Speed is not the only sports car-like characteristic of the Levante. It doesn’t look like a crossover. It looks like an Italian race car with a slight bump in the back. Adaptive suspension lets the ride behave civilly but it also lets the adventurous driver carve up a corner like they were making a turn at Lemans.

Not even Porsche has a more luxurious interior. You have to like the smell of leather to really enjoy this car. When you design a crossover to look like a race car there is a price to pay. In this instance, it’s cargo space. The Levante will seat 5 but only has 19.1 cu ft of cargo space with the seats up. However, if you’ve got a lot of stuff to haul you can put it on a trailer and tow it with the Levante. Properly equipped, this Maserati can tow 5,900 pounds. 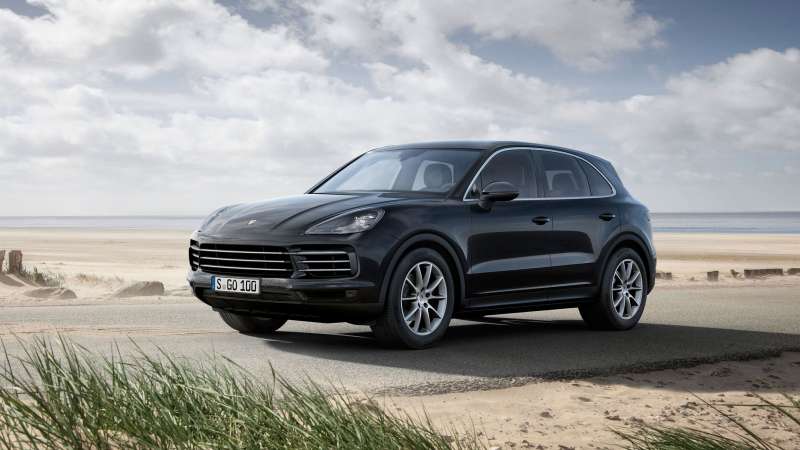 An SUV is an interesting choice for Porsche whose brand is based on speed and luxury. But people are buying SUVs so why not build one? And they built a good one. Not surprisingly, the Cayenne drives and handles like a sports car. If you like spirited driving, carving up corners, Porsche posh interiors, and you can afford it, the Cayenne might be the ride for you. It’s not exactly a five-seat 911 but that’s the effect Porsche seems to be shooting for.

J. D. Powers likes it, giving the Cayenne four out of five stars for reliability. That’s the highest any in the class scored. The Cayenne is an AWD drive train powered by a choice of engines ranging from the standard 300 hp V6 to the Turbo V8 that punches out 570 hp. While it is a speedster in SUV clothing, it is also loaded with advanced safety technology to keep the rubber on the road and the body undented. The easiest way to describe this ride is to simply say it is a Porsche.

When he’s not busy planning a trip to Mars or building solar power plants, Elon Musk makes all electric cars. The Tesla Model X is the SUV entrant in the Tesla lineup. This SUV has attracted a lot of attention and mostly positive reviews. All electric is still a novelty, and nobody can do it better than Tesla. The exterior is beautiful and the panoramic windshield, Falcon Wing rear doors, and muscular stance give the ride a unique look. Of course, it is packed with near autonomous technology including SUV self-park, navigating turns, changing lanes, and maintaining a set following distance. Then there is the 17” touchscreen that dominates the dash.

We’re talking SUVs here and the Model X is the closest in this class to resemble the looks and characteristics of a traditional SUV…even though it is a highly unconventional vehicle. This ride has plenty of space for people and stuff. There are actually two “trunks,” one in the front (remember there is no engine) and one in the rear. Combined they offer 88.1 cu ft of cargo space. Then there is awesome acceleration. In the top of the line P100D trim, you’ll be slammed into your seat as you go zero to sixty in 2.9 seconds on your way to 155 mph top speed.

The downside, of course, is if you slam down the road at that speed you will use up a lot of juice. The specs say the Model X has a range of 238 miles but that’s under normal conditions. Refueling can take a while. At home, it’s estimated you’ll get 30 miles of range for every hour the vehicle is plugged in. At a Tesla Supercharger, you can get 160 miles in 30 minutes. The Model X is an interesting, highly advanced ride that comes with an astronomical price tag.

If you’re into luxury brands, these five represent the top luxury SUVs for 2018. It’s actually becoming a fairly crowded field and prices are becoming more competitive. Best bet is to shop around to find the ride that fits your style and wallet.